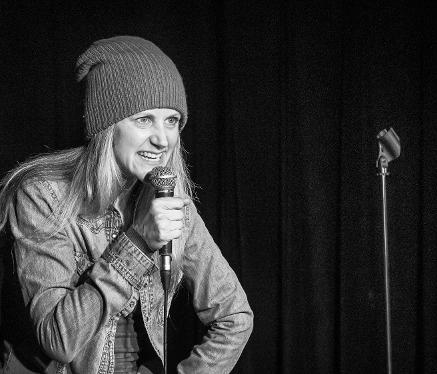 and at open mics around the city!